My sons will begin school in a few weeks, and, as usual I expect to receive a list of school supplies of which I will only partially comprehend the requirements. There will be items on the list to which
I have never heard of and others that possess such detail that it will require numerous calls and trips to the store before finding the precise item the teacher requires.

It is the same of teams. There are requirements for creating high performance teams, some of which will require extra effort to understand, to develop and acquire, but in the end, there will be a sense of accomplishment that the team is now ready to achieve great things, just as the beginning of the school year promises for my well-prepared sons.

Following are some of the requirements (supply list) for a high performance team based on direct experience and in with working with successful teams in client organizations during the course of the past decade. I can appreciate that there are many more tools or elements which might serve to get the job done, but for now, I suggest the following are elements which would warrant developing in any organization seeking to perform at a higher level.

TEAM SUPPLIES NEEDED TO PREFORM AT A HIGHER LEVEL

These defined elements sound so simple yet are so profoundly impactful. Focus to developing these elements on your team and begin realizing the success of which your team is capable. 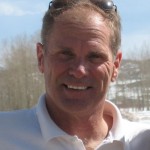